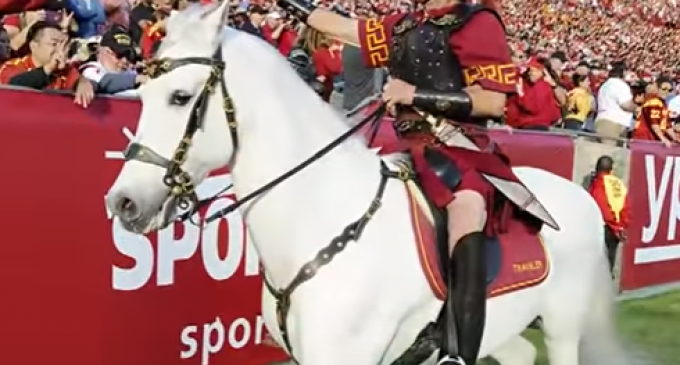 If you've been listening to the left lately, you likely already know that everything — literally everything — is racist.

Yes, that includes you. Last week, CNN published an article written Mark Naison, a history professor at New York's Fordham University. In the piece, he claims that we have “a few million passionate white supremacists” in our country — which seems a bit high. But then he argues that Trump supporters add “tens of millions of white supremacists by default.”

So, if you're keeping score at home, statues are racist, our founding fathers are racist. and you are racist.

Oh. And horses are racist, too.

Yes, that's the latest ridiculous argument coming from the far-left. Apparently, a real life horse is a symbol of racism.

See which school's mascot horse is being labeled a white supremacist on the next page: