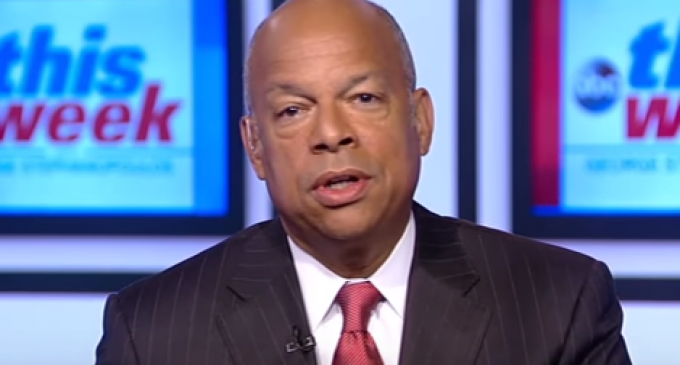 Confederate monuments have become a major issue in American politics recently. Social Justice Warrior-types have taken it upon themselves to tear down or destroy statues that commemorate leaders with which they disagree — and the attacks have only increased since the Charlottesville riots.

Those riots lit a flame under the violent left. It was at that moment that they realized that their actions would go uncondemned and unreported as long as the alt-right continues to be the fixation of the national press.

The subsequent rise in vandalism, supported by the media and Democrat politicians, shows no sign of slowing soon. The left knows that the “controversy” surrounding the monuments comes from an extreme wing of their own party, but they're not willing to say that out loud. Instead, they're somehow blaming white supremacists and neo-Nazis for the alt-left violence.

The latest individual to spew this absurd hypothesis is former United States Secretary of Homeland Security Jeh Johnson, who served under Obama.

See how managed to blame the far-right for his own party's extremists on the next page: