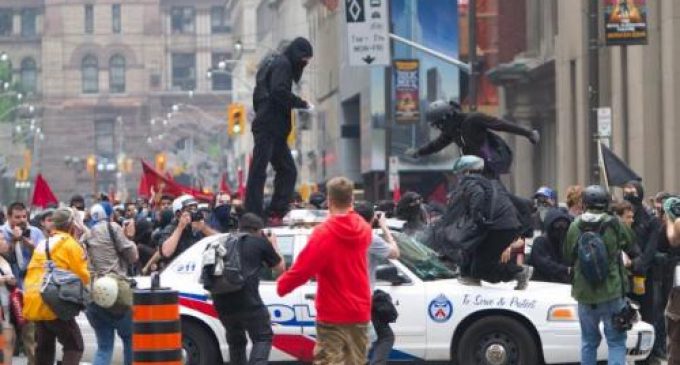 A 15-year prison sentence for anyone who “injures, oppresses, threatens, or intimidates” another person while wearing a mask or disguise is part of the “Unmasking Antifa Act of 2018,” which has just been introduced in the House.

By any reasonable measure, Antifa is a terrorist group. Since the election of Donald Trump, Antifa has called for a number of illegal activities, such as attacking Patriots with knives and other weapons,  the killing of police and seizure of land from Trump supporters, and has even called for the complete destruction of the United States. Anyone who has been paying attention knows that this is just the tip of the iceberg.

It's also no big secret who the puppet master is. Antifa has blatantly called out George Soros for late payment on Twitter. You can check out the temper tantrum Antifa threw when Soros failed to pay their allowance in a video HERE. If Antifa should ever be declared a terrorist group so should the man pulling the strings.

Check out the proposed law to unmask Antifa on the next page. The Antifa and the rabid left are up in arms: