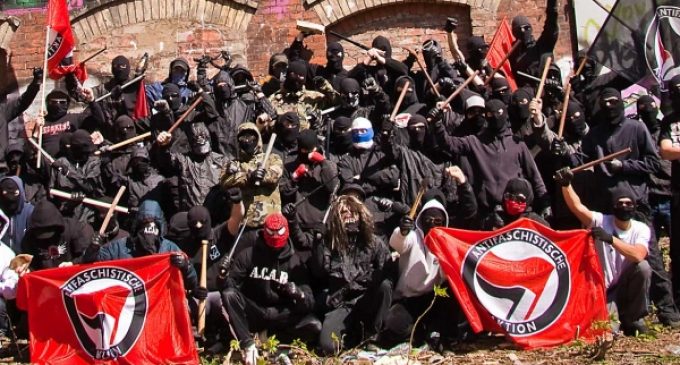 Antifa is yet another new domestic terrorist group motivated in part by Islam and the liberal agenda to destroy America.

The left has now gone as far as to actively try and initiate a takeover of college campuses by indoctrinating liberal academia with deluded brainwashed professors out of touch with the real world.

This has led to the recent violent assembling of Antifa at Berkeley College filled with students drunk on the hateful, aggressive, Marxist ideology being taught and encouraged.

Shocking details on the next page disclose how Antifa leaders are helping members buy weapons to attack conservative patriots.

Instead of fighting ISIS, the upsurging of domestic terror and violence resulting from increased Muslim immigration, or God forbid, actually being brave, and joining the U.S. military to fight forces of evil, the cowardly members of Antifa believe fascism is the greatest enemy at hand.

Continue reading on the next page to find out if there is an Antifa chapter near you and what you should be on alert for in order to protect yourself.