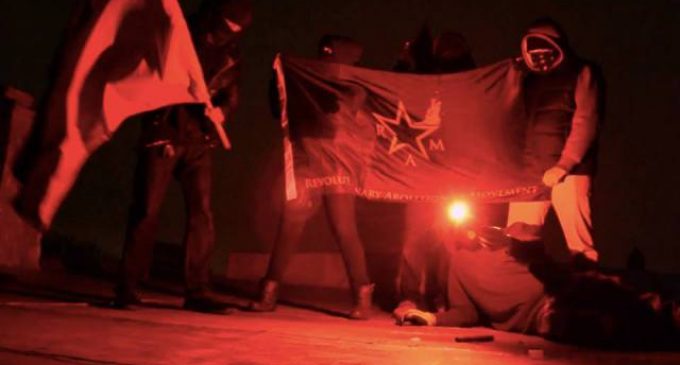 The communist threat to America is not over as the MSM would like you to stupidly believe. These groups they keep touting as “anti-fascist protest groups” or BLM chapters are really communist/socialist sleeper cells waiting to be activated at the drop of a false flag attack or riot. Much as we’ve seen in recent days relating to Charlottesville.

Antifa websites like It’s Going Down, Sub.Media and Insurrection News have been promoting the group, which calls itself the Revolutionary Abolitionist Movement, calling on their readers to donate to a Fundrazr account for the creation of the new cell.

The press release the group published in far-left media is filled with hyperbolic claims about how “mosques are being ruthlessly bombed” and how “LGBTQ are being battered.”

This new cell believes violence, and a revolution, are the only answers to these “gross attacks against Muslim culture” and the regressive socialist agenda. They are calling for far than just the death of police, they have citizens on their radars.

Turn the page to learn the U.S. city harboring the original armed “anti-police” communist cell and what cities/geographic locations are their next targets