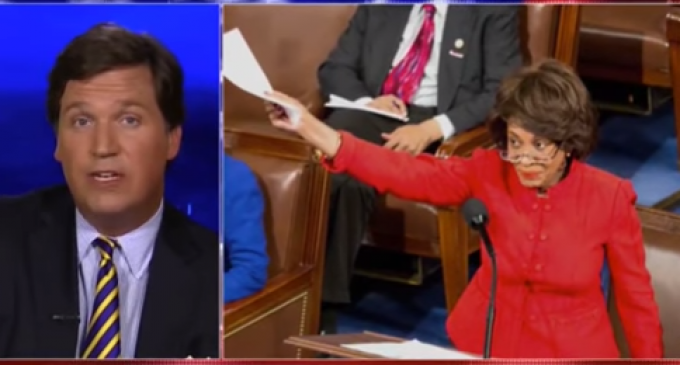 Rep. Maxine Waters really is the gift that keeps on giving.

The U.S. congresswoman from Los Angeles has become a symbol for the left’s post-Trump meltdown. She’s called for impeachment over the terms “lock her up” and “Crooked Hillary”  — which she thinks Vladimir Putin invented — and even physically threatened the cabinet’s only black member. Even her own community seems to have had enough with her antics.

Trump Derangement Syndrome has clearly infected this special woman, but the left keep allowing her to speak in public.

This is good because every time she talks she reminds reasonably people what the Democrat party looks like — a bunch of insane poor losers obsessed with destroying a presidency.

But now Waters’ credibility might take a hit for another reason entirely.

Watch Tucker Carlson expose another scandal about Waters on the next page: