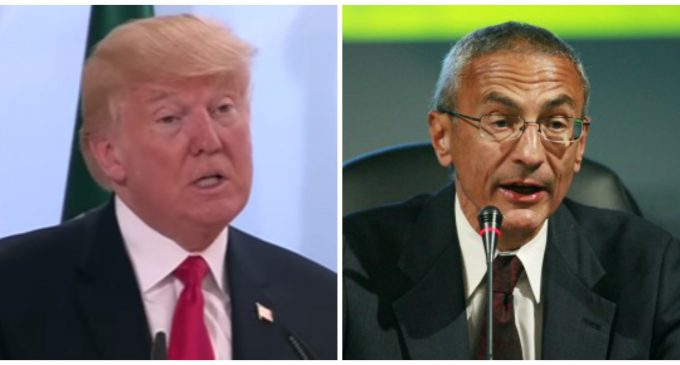 John Podesta took a break from his vacation to insult President Donald Trump this week. The name-calling was the result of a tweet Trump posted about Hillary Clinton's ongoing email server woes.

The fact that Clinton's use of a private email server is still being talked about is proof that it was more than a political witch hunt. If it were, the issue would have gone away when she lost. Instead, she is still battling investigations over the situation — and might lose her security clearance as a result.

But that isn't stopping her allies from defending Clinton. When Trump goes on the attack, they defend her as if she's still in the race. Maybe that's not surprising, considering the left can't seem to accept the fact that she lost.

Podesta, the latest of Clinton's allies to counter-punch Trump, did so on Twitter. He should know that Trump always wins on the social media site — but he gave it a shot anyway.