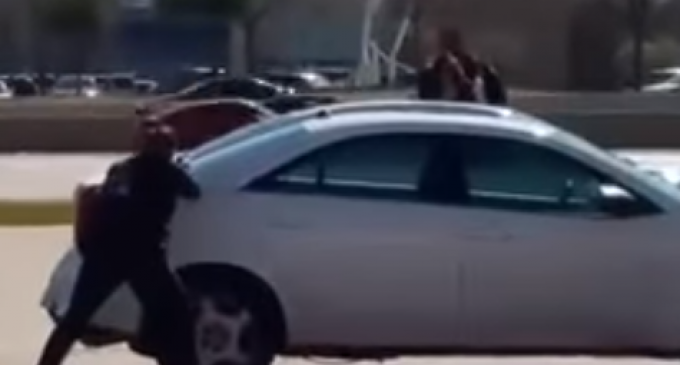 Police officers in Irving, TX, are being called heroes today after shooting and killing a robbery suspect outside of a check cashing store. An employee of a nearby furniture store caught the entire incident on video.

Though he didn't capture how it started, he certainly captured the way it ended. The first officer arrived on the scene right as the suspect violently grabbed a female employee of the Cash Store and threatened to kill her.

When more cops arrived on the scene, he tried to force her into his car with his gun. There was brief standoff before officers shot and killed the suspect.