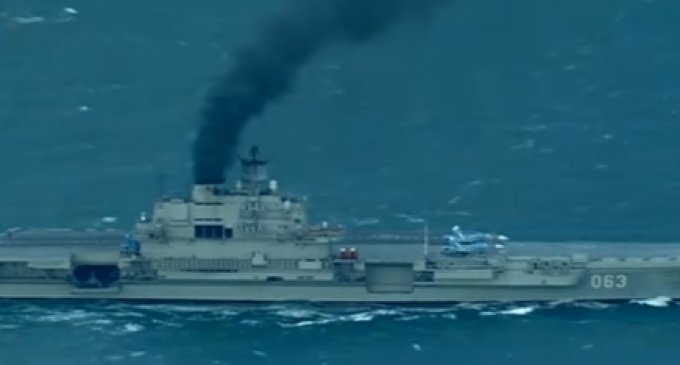 As Russia and the United States escalate their war of words over Syria, it's becoming increasingly apparent that what has been up to now a proxy war could turn into the real thing.  Witness the recent comments by US State Department officials threatening to insert US combat units directly into the Syrian conflict in an effort to topple Assad.  Now, Russia is sending naval forces to Syria, most probably to intervene directly to defeat the militants arrayed against Assad.  It's the largest such deployment by Russian forces since the end of the Cold War.

The likelihood of a peaceful settlement of the crisis was not helped by the Obama administration's likely unleashing ISIS fighters on any Russian forces operating in Syria.  And tensions between the US and Russia were not reduced as Russia took measures to prepare its people for war.

As this Russian naval force makes it was to the Mediterranean Sea and on to Syria, it will pass through the English Channel, which has triggered a reaction by British naval forces, the implications of which will be reviewed on page two.