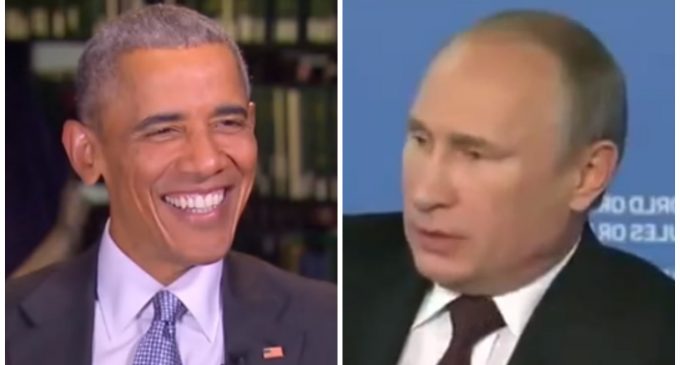 While some might want to call the claim “outrageous,” it's very difficult, if not impossible, to deny that the Obama administration is working with ISIS to accomplish its goal of regime-change in Syria.  And if Russia gets in the way of ousting Assad, then ISIS can deal with the Russians, too so the playbook goes.

There are all sorts of good reasons to take this position.  The US has a history of using unsavory groups to accomplish political goals — witness our support of militants in Afghanistan to fight the Soviet Union's unsuccessful attempt to occupy that country in the 1980's.  Our “allies” we funded during that expedition turned into the very groups we found ourselves fighting when the US attacked terrorists camps in the aftermath of 9/11.

In its latest manifestation of support for terrorists, the Obama Administration has furnished trucks, weapons, and other support to groups referred to as “moderate rebels” — groups that promptly turn into ISIS upon entering Syria. And in another outrage, Obama ordered 50 tons of ammo to be dropped to more of his “moderate rebels,” only to see those munitions in the hands of blatant terrorists, ISIS among them.

If these actions are not enough to convince the most hard-headed Obama-supporter that US policy in Syria is twisted, then what's on page two should.