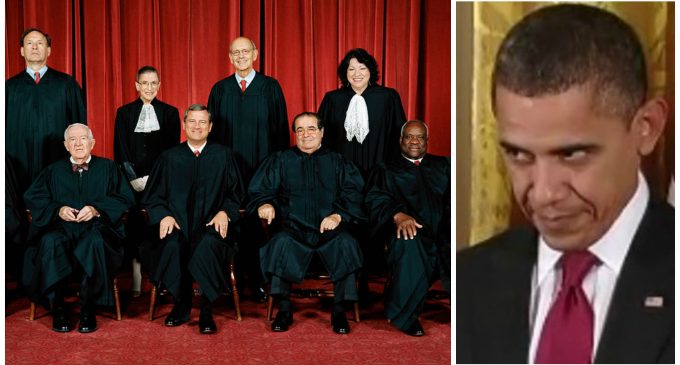 If you know anything about the U.S. government, you know that they are a paranoid entity.  The derision toward preppers and conspiracy theorists in the U.S. is often cast in their direction by the Establishmentariat, so dedicated are they to maintaining the status quo and ensuring that no one gets becomes too enamored of the ideas of the “kooks.”

When Justice Scalia was found dead at the Cibolo Creek Ranch on February 9th, last year, a slew of conspiracies were engaged and permeated the internet; everything from carbon monoxide poisoning, to poisoning of his food or drink, to Obama, to Bill and Hillary Clinton.  Even Leonard Nimoy was blamed…posthumously of course.

Most of the conspiracy theories are wild and unsubstantiated or flat-out fantasy.  It is undeniable, though, that the conditions that led to his death were absolutely perfect for a cloak-and-dagger-style “wet works” assassination, straight out of an Agatha Christie novel.

Justice Scalia was invited to the Cibolo Creek Ranch, neither for politics or law-related activities.  Basically, he was invited to an exclusive hunting club and was among friends.  His son who was supposed to be there had canceled at the last moment for unknown reasons.

The Cibolo Creek Ranch is very remote.  So remote that it's even difficult for the police to find…apparently…as it took the police an extra long time to arrive after they were called.  According to the Ranch owner, Scalia had enjoyed a good dinner, but retired by 9:00 p.m.  This information courtesy of MySA:

As if the “pillow over his head” statement wasn't provocative enough, the authorities raised even more questions.  According to Breitbart:

While Scalia was pronounced dead of natural cause “or, alternatively, of a heart attack“ no qualified official had actually examined his body, and there was no autopsy performed, apparently in deference to the wishes of his family.

Presidio County Judge Cinderella Guevara said that there had been no foul play, according to the Washington Post “but she had pronounced Scalia dead of natural causes without seeing the body” which is permissible under Texas law” and without ordering an autopsy. It had taken hours for authorities to find the judge at all.

More serious questions will focus on the medical care Scalia received last week. He apparently visited his doctor on Wednesday and Thursday, but chose to travel anyway over the weekend.

The exact cause of death is still unknown.

Now, the conspiracy pot appears to be boiling over as a former Superior Court Judge weighs in on the Scalia story.  Fox News Channel's Judge Andrew Napolitano reveals that he and Justice Scalia had a very disturbing conversation more than a year ago about his phones being tapped!