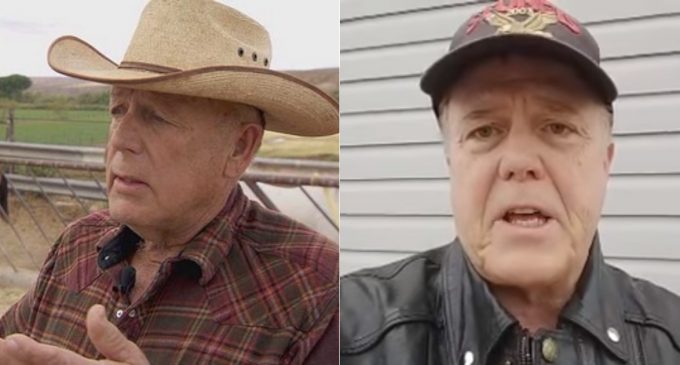 Shortly after Barack H. Obama came into office the rights of American citizens were under attack. Few felt this as much as rancher Cliven Bundy. When Obama was scratching off his criminal Presidential bucket list of ways to break America and the Constitution, he thought of one more doozy. Sign an order giving the feds the right to forego eminent domain rights. In other words for the Bureau of Land Management (BLM) to seize “hundreds and hundreds of miles” of Cliven Bundy’s land.

What sets this story apart from the countless other casualties cases surrounding Barack H. Obama’s decisions is that the Bundy family didn’t just bend over and take it as the establishment decreed.

For those who might not be familiar, Cliven Bundy is the cattle rancher from Nevada who engaged in an armed stand-off with federal agents, defying Obama’s degree, his State Senator Harry Reid [who declared Bundy an American-hating criminal for knowing his rights], and the entire pervasive federal establishment.

Most of you are probably already familiar though with the main details surrounding this story.  But, what most of you probably don’t know is the new whistleblower info just leaked surrounding a “Fed government plot to kill at Bundy Ranch”.

Head on over to the next page to watch this explosive video: