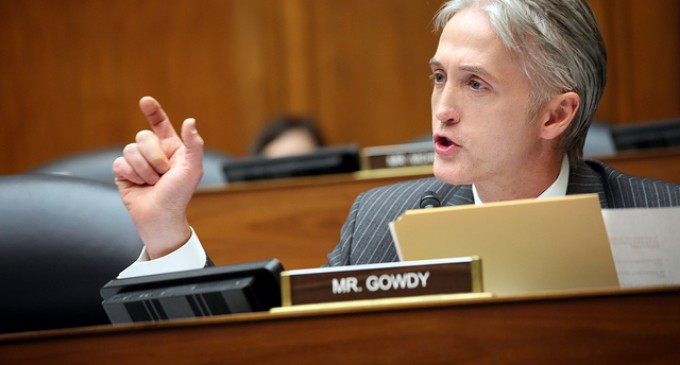 Current Speaker of the House, John Boehner, has proven himself to be a traitor to this nation, with such acts as tricking fellow Republicans into financing Obama's unconstitutional amnesty actions.

On the other hand, Trey Gowdy has proved himself to be a fearless bulldog and patriot in attacking socialist betrayal on such issues as regarding the Benghazi terrorist attack, the IRS targeting scandal, or Obama's illegal amnesty actions.

More than 100,000 patriotic Americans have already signed onto this movement to replace the Boehner with Gowdy.

You can help the fight by using this link: www.draftgowdy.com