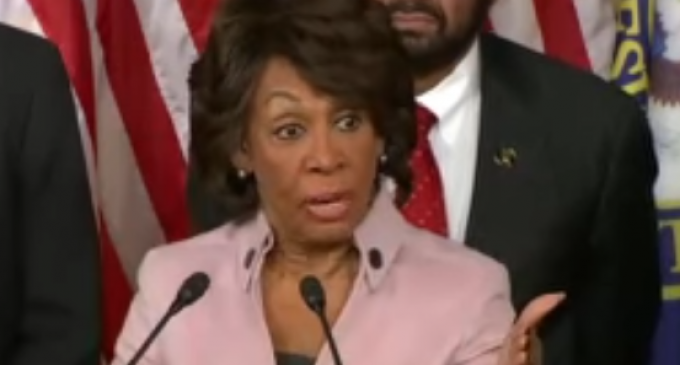 Rep. Maxine Waters has made her desire to impeach Donald Trump abundantly clear. Unfortunately, she doesn't really know how — or for what.

She's floated many possibilities. Just last week, she claimed that her “greatest desire” was to lead Trump “right into impeachment.” His crime, according to the Democrat Congresswoman, was his use of the term “Crooked Hillary.” She seems to be under the impression that Russia might have coined the phrase.

But don't take anything Waters says about Russia too seriously. She doesn't seem to know much about the region at all — and she certainly doesn't have any inside information about their relationship with Trump.

This week, during a speaking engagement with the equally scatterbrained Nancy Pelosi, Waters couldn't name the territory that Russia annexed in early 2014.

She may not think Trump is being tough on Putin, but Waters doesn't seem to know anything about the country at all.

Watch Waters confuse Crimea with Korea in the video on the next page: