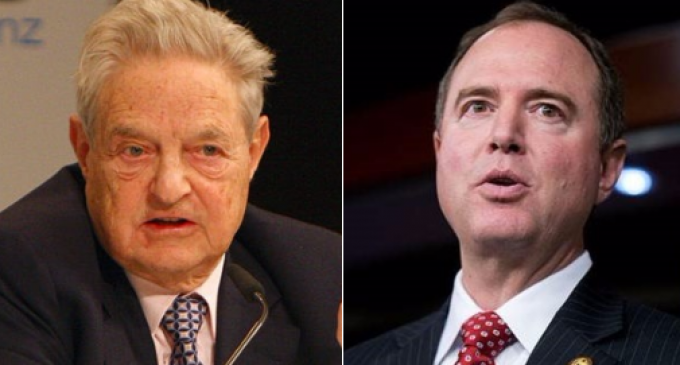 But it’s far more likely that the American people are two steps ahead of Rep. Schiff in both understandings how the memo affects American citizens. Now the long disastrous trail connecting this insulting liberal traitor to none other than the doorsteps of George Soros has been revealed.