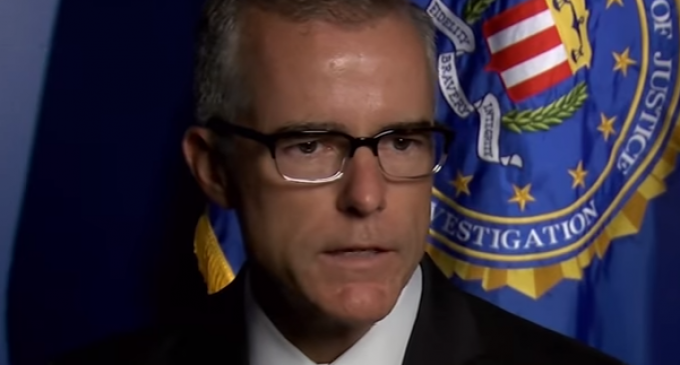 Does being “under investigation” even mean anything anymore? If it does, add acting FBI Director Andrew McCabe to the list.

It seems almost everyone in D.C. is being investigated for one reason or another nowadays. Much of this explosion of investigative work be attributed to political witch hunts — particularly when it comes to Donald Trump and Russia. But not all of it is politically motivated.

McCabe, for instance, is hardly a prime political target. He was originally appointed by Barack Obama in 2016 but now works for Donald Trump. It's hard to see who would win if he were charged with criminal wrongdoing.

So if it's not a witch hunt, it must be something pretty serious. McCabe has already been accused of hiding political donations made to his family by a Clinton ally. Now another issue tied to his wife's Virginia State Senate campaign has prompted a full-blown investigation.

See what law McCabe may have broken on the next page: