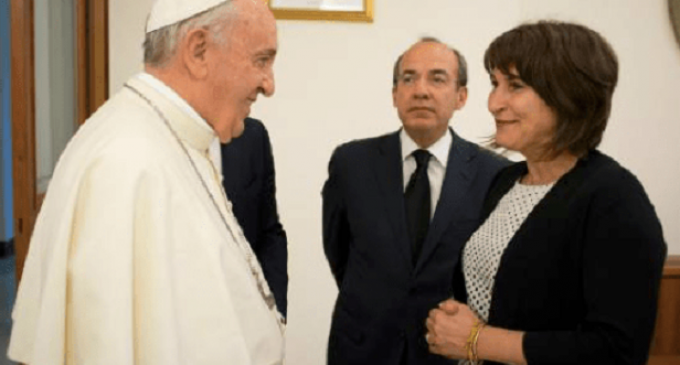 Pope Francis is starting to become almost indistinguishable from a proud liberal feminist. One has to wonder what was slipped into the water in Jorge Bergoglio’s communist-leaning home country of Argentina. Because his values sure don’t seem to align with those of the Holy Bible. But perhaps this is due to the information recently revealed about the powerful ‘progressive’ lobby taking control of the Vatican.

Even 7 years ago it would have been unthinkable to imagine a Holy Father honoring a woman with the highest honor the Vatican can bestow for working with NGOs to further abortion access.

To many devout Catholics, abortion is akin to genocide. And they’re correct. Once a human heart starts beating they are no longer cells and bestowed with the gift of life from our Heavenly Father. But sadly for humanitarians around the globe, Pope Francis would rather appease the powerful ‘progressive’ lobby, than his Heavenly Father.

Continue to the next page to learn about the dark blood-stained past of Lilianne Ploumen, a Dutch politician, just given the title of “Commander of the Pontifical Equestrian Order of St. Gregory the Great” by the great wolf in sheep’s clothing