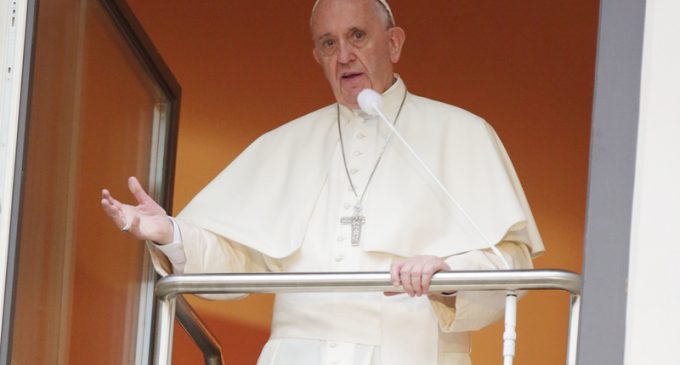 Pope Francis says that it has been laid on his heart to warn the people of an “unprecedented destruction of the ecosystem” that is fast approaching because the Church’s “blind faith” is preventing progress.

It’s a bit tough to understand how having complete faith in God could be holding back the work of the Lord or the progress of the Church. But, we’re not the Pope, and maybe he is privy to spiritual enlightenments regarding the Lord’s agenda that we’ve yet to understand. Or maybe not.

Perhaps it’s like his statement that all “religions worship the same God” or that having a “personal relationship with Jesus is “harmful and dangerous”.

You have to read his entire statements in context to try and figure out what he is really trying to say. Although some are saying Pope Francis’s remarks couldn’t be clearer, they just don’t really seem like something a man of God would say.

But then again other folks are saying that it’s time for a change and that devout Catholics are just upset Pope Francis called them a “serious illness destroying the church”.

You can read Pope Francis own words about this approaching evil that will destroy the earth if Christians continue to hold on to their “blind faith” on the next page.