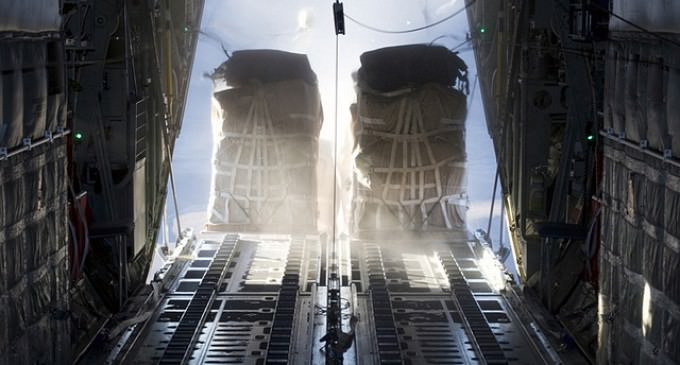 Apparently an air drop from a US C17 over Syria delivered 50 tons of ammunition and other items, such as hand grenades to ‘friendly forces' on the ground below.  But it seems the friendly force, called the Syrian Arab Coalition, is affiliated with the Free Syrian army. The Free Syrian army, in turn, cooperates with jihadist groups such as  Jabhat al-Nusra, the al-Qaeda spin-off that has joined forces with the Islamic State, helping them conduct joint operations.

Naturally the United States checked out these ‘friendly forces,' right? Yeah, right! Perhaps vetted them to be Islamic jihadists…