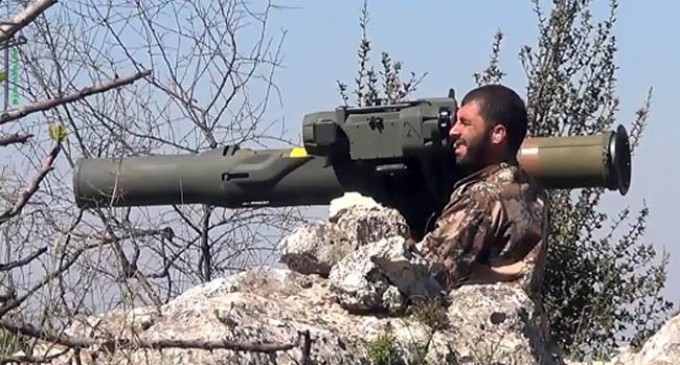 Israel’s Debkafile website reported on April 7th that two Syrian terrorist groups, the Free Syrian Army and the Syrian Revolutionary Front, both of them linked to al-Qaeda, were supplied with advanced US-made weapons, including armor-piercing, optically-guided BGM-71 TOW missiles.

I´ve heard this giving arms to terrorists classified as ´shifting positions´ in the war on terror. I call supplying our enemies with arms an act of treason.