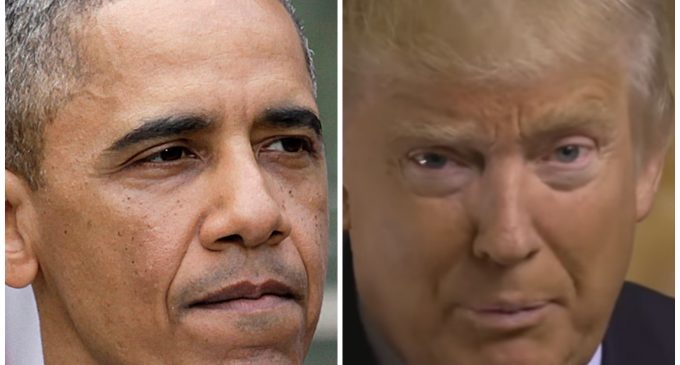 The Obama administration has had its share of firsts and remarkable events, with the most obvious being the election of the first African-American to the presidency.  Unfortunately, there have been many low points in his administration.  Among those would be the Affordable Care Act which appears to be on its last legs, the continuing scandals relating to Secretary of State Clinton, a disastrous immigration policy, and a foreign policy that has left the world a more dangerous place.

While it doesn't compare with his failure to articulate or pursue a coherent policy toward North Korea, he seems intent on breaking with tradition or otherwise trying to make his successor's life miserable.  Recall that at one point he went so far as to threaten to refuse to recognize Mr. Trump as president if he won the election.  Well, Mr. Trump is the president-elect, so Obama has to deal with it.