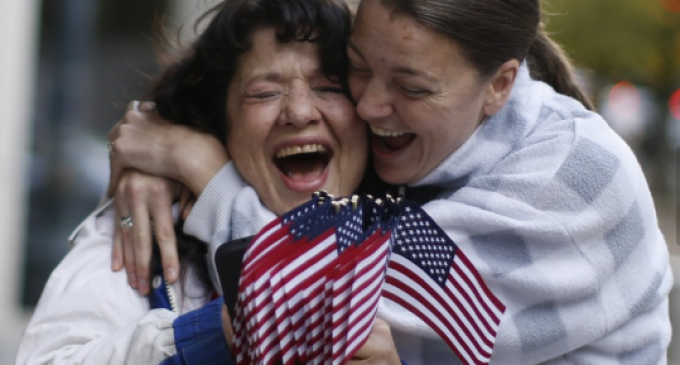 A closely watched case has come to an end as Ammon Bundy and the other co-defendants in the Oregon Standoff case were declared not guilty today.  This case achieved prominence as a direct challenge to what many viewed as abuse of federal authority and power.

The federal law enforcement agencies appear to see things like the Constitution and laws of this nation as interference.  So are ranchers who don't like their rights trampled on.

The Federal government does not like to be challenged, and it has the resources and the power to make citizens yield, and does so when it cannot win the argument. If you have been following the conflict in Oregon recently between ranchers and the Federal government, you will know that the government, which owns over 50% of the land in eleven western states, is willing to jail you for unintended trespass of undeveloped, unoccupied land.

One challenge to federal authority came to an end today with a verdict of “Not Guilty” for Ammon Bundy and the other co-defendants in the Oregon Standoff case after only five hours of jury deliberations:

A federal jury on Thursday found Ammon Bundy, his brother Ryan Bundy and five co-defendants not guilty of conspiring to prevent federal employees from doing their jobs through intimidation, threat or force during the 41-day occupation of the Malheur National Wildlife Refuge.

The Bundy brothers and occupiers Jeff Banta and David Fry also were found not guilty of having guns in a federal facility. Kenneth Medenbach was found not guilty of stealing government property, and a hung jury was declared on Ryan Bundy's charge of theft of FBI surveillance cameras.

The defense attorneys were thrilled:

“More than we could have hoped for,” said one of Ammon Bundy's lawyers, J. Morgan Philpot.

Score one for the patriots!