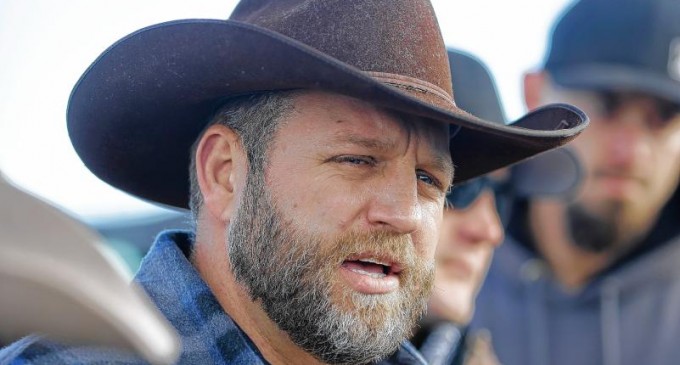 The Federal government does not like to be challenged, and it has the resources and the power to make citizens yield, and does so when it cannot win the argument. If you have been following the conflict in Oregon recently between ranchers and the Federal government, you will know that the government, which owns over 50% of the land in eleven western states, is willing to jail you for unintended trespass of undeveloped, unoccupied land.

Two ranchers who did some brush clearing of their own ranch, but inadvertently burned some of the adjoining federal land, are now in prison for a long stay, based on a charge of arson. It is worth pointing out that the fire they started was put out by the ranchers without outside help, and the land itself is actually now healthier and more productive due to the reduction of brush and overgrowth. But the government wants to make sure that everyone understands they are in charge and they have the power.

A small group of ranchers, led by Ammon Bundy, are occupying the Malheur National Wildlife Refuge building in protest of the unjust sentence and the overbearing government position. Fortunately, no violence has developed, but Bundy and his group have vowed to stay until the two ranchers in question are freed. But the government still wants to make a strong point, and they have enlisted a judge to help them.