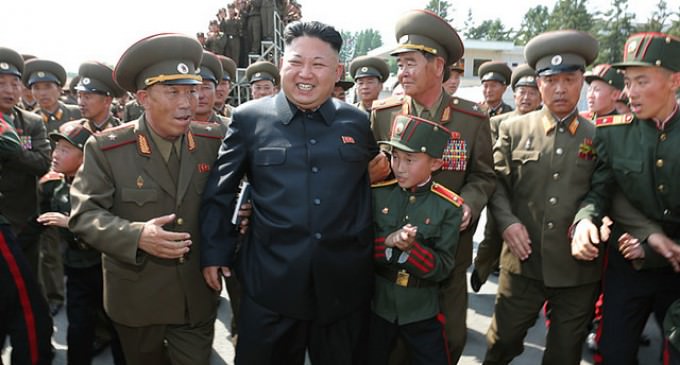 At the same time that the Hermit Kingdom is threatening the United States, Japan, South Korea, and other nations with nuclear annihilation, they are also asking for roughly half a million tons of food from those nations.

On Monday, the North Korean government wrote an editorial in Rodong Sinmun, the state-controlled national newspaper, warning citizens to brace for famine and economic hardship—as though they haven’t already been suffering for decades.

The delusional leaders inside the reclusive communist state obviously feel it is more important to rattle their sabers at the West and their neighbors by firing ballistic missiles into the Sea of Japan and boasting about nuking Manhattan than to be able to feed their own people.

To read excerpts from the Rodong Sinmun and learn more about how many millions were killed in the 1990s North Korean famine, continue on the next page.