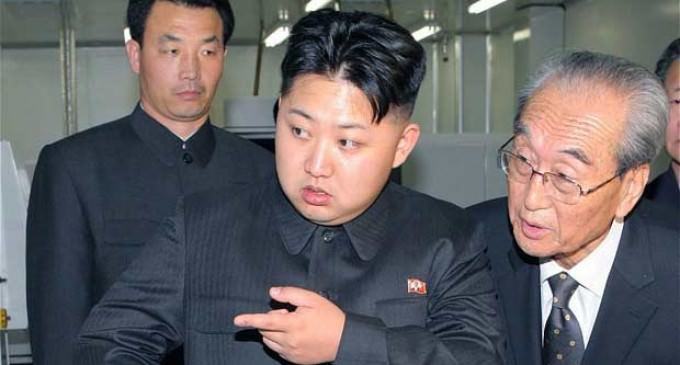 North Korean leader Kim Jong-Un is like a little Boston Terrier, nipping at your ankle and peeing on your shoe as you try to kick it away. He undoubtedly has short man's syndrome, or as Marco Rubio said about Donald Trump, small hand syndrome, which means he is bluster and bravado as he attempts to be taken seriously. And although he is a pitiful little tyrant, the other concern is that he is crazy as a loon, and so unpredictable in the seriousness of his tirades and threats.

Unfortunately, during the Clinton administration, the U.S. gave  away some major benefits in exchange for a promise that North Korea would discontinue its nuclear weapons program. That promise was clearly breached, and now Kim Jong-Un in fact does have a small stockpile of nuclear warheads. He has bankrupted his nation building a semi-credible military machine, and has even built some ballistic missiles that can carry one of the nuclear warheads a fair distance, though it is unlikely one could reach the U.S. mainland.