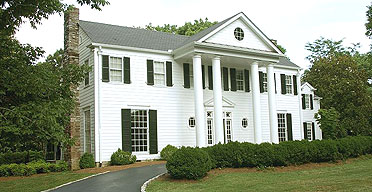 NCPPR obtained the data on the Gore home from individuals at the Nashville Electric Service (NES), the utility that serves his home and much of middle Tennessee.

The U.S. Energy Information Administration estimates that the typical family uses an average of 10,812 kilowatt hours of electricity a year. When compared to the data on the Gore home, that seems like a totally minimal amount.

In last September alone, Gore consumed 30,993 kWh, enough to power 34 average American homes for a month. By anyone’s definition, Al Gore is an absolute energy hog. The energy used to heat his outdoor swimming pool would run six average homes for a year.

When he won the Academy Award in 2007 for “An Inconvenient Truth”, reporters revealed his home was using 20 times the electricity of the average household.

Caught in the hypocritical crosshairs, Gore undertook a project to make the home more environmentally friendly. Over time, he spent about $250,000 to add 33 solar panels, install upgraded windows and ductwork, replace insulation, build a rainwater collection system for the lengthy driveway, and put in place a geothermal heating system.

The “green” makeover proved only cosmetic because his energy consumption is higher than ever. That didn’t stop Gore from lying on the Today show when he said the home uses “100% renewable energy.”

Those 33 solar panels generate about 12,000 kWh of electricity a year – way more than enough energy to power a typical American household. Gore is such an enormous energy hog, however, that his gigantic rooftop solar array produces just 5.7 percent of the electricity he uses in his home, or enough to power his home for a measly 21 days a year.”

Like most sanctimonious environmental hypocrites, Gore seeks absolution by contributing to Green Power Switch (a measly $432 a month), a scam in which NES customers contribute extra money beyond the cost of the power they consume to support green energy projects of the Tennessee Valley Authority (TVA), which supplies NES’ electricity. But the electricity Gore consumes doesn’t come from TVA renewable energy programs.

Gore gets the same electricity every other Nashville resident receives – 87 percent of which comes from nuclear, coal and natural gas power plants. About 10 percent of Gore’s electricity comes from the TVA’s environmentally devastating dams. Only a puny 3 percent comes from renewable sources such as solar and wind.”

In addition to the Nashville home, Gore owns a penthouse in San Francisco and a farmhouse in Carthage, Tennessee. So his energy footprint is even larger than we actually know.

With his new “climate change” movie about to debut, Gore has to face the facts that the apocalyptic message and predictions made 10 years ago were absolute rubbish. How can he possibly think he has any credibility when it comes to the subject of climate change?

Perhaps that’s why he’s shifted gears to focus on population control as the answer to solving future climate change. Fewer people means less consumption of energy and use of fossil fuels. Like a true progressive, Gore has manipulated the English language to make his proposals sound less draconian. He’s called for “fertility management programs.” Sounds like something Hitler would have embraced.

Unfortunately for Gore, previous overpopulation messiahs like Thomas Malthus and Paul Erlich have been shown to be total crackpots. At least he fits right in and is in good company.

The former vice president’s self-righteous crusade has proven very profitable for him. When he left the vice presidency in 2001, his net worth was estimated to be less than $2 million. Now, he’s believed to be worth more than $300 million.

All that wealth helps him keep a luxury lifestyle and able to pay his gargantuan electric bills.

Spending more than $1,800 a month on an energy bill would sink most Americans, but it’s pocket change to Gore. He has manipulated environmental concerns into a big business.”

This weekend will provide a preview of how many suckers are still out there for his bizarre preaching. As he jets around the globe to spread his message, he solidifies his reputation as a bloviating phony and charlatan of the highest order.