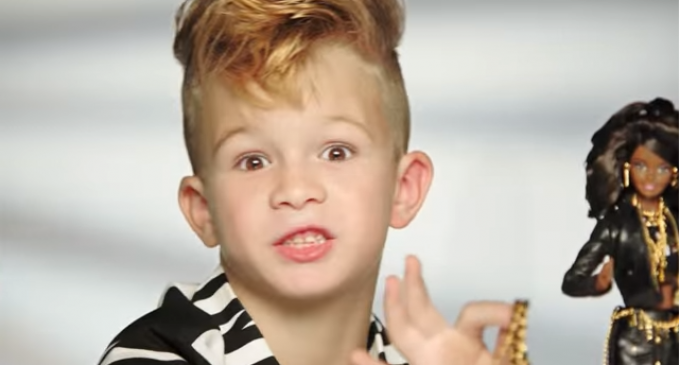 In a commercial released earlier this week, Mattel took it upon themselves to break the wall between genders by putting a little boy in the commercial for their new “Moschino Barbie”. The worst part about the whole situation is that it doesn't stop with the boy merely having a presence in the commercial.

They dress him up like somebody who lives in West Hollywood and has him saying things that no man (at least any straight man) would ever be caught dead saying. If the boy in the commercial really talks and acts like that, it's either because of an agenda set by the parents or because of the national narrative that claims distinguishing gender between little boys and girls is “unnecessary” and “harmful”.

Do you know what else is unnecessary and harmful? Making a young boy believe that he wants to play with barbies. Meanwhile, the kids at this poor boy's school are going to see the commercial on the next page and ridicule him for the rest of the life.