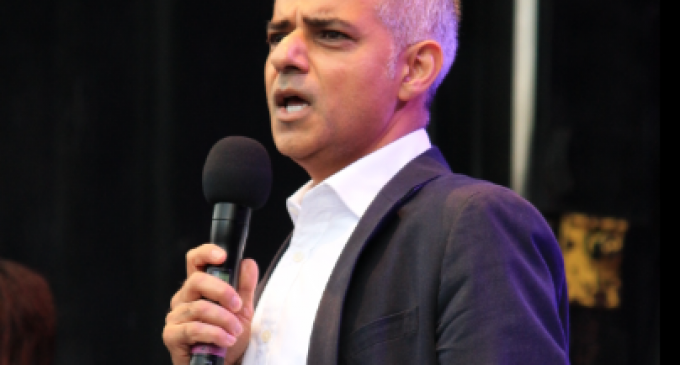 Can you name this famous mayor?  Here are your clues:

Sadiq Khan, mayor of London!  The first Muslim mayor of that city and man, has he been a whirling dervish of controversy!

I've finally figured out what it is about him that I really just don't like.  No, it's not that he's a Muslim all you Leftist silly-heads!  And no, it has nothing to do with the fact that he intellectually impaired.  I know what you guys in the Fake News Industrial Complex do to people who make fun of the useful idiots.

No, no, instead, let me share with you a REAL concern and the reasons why I dislike him.  Whenever I hear him speak about anything that could possibly be his fault, he throws it off on someone or something else.  The fault or the blame can never be with him or his administration.  No, no!  It must be something else that is causing the problem.

Why I dislike it so much is that it reminds me EXACTLY of two particular people:  Barack Hussein Obama and Hillary Clinton.  If there were two people who could sling the bull when it came to not taking blame for something, they take the Academy Award for Best Liars in a Major Political Party.  Obama pretends that everything that happens is beyond his control, but that he's on top of changing it, especially when he's directly responsible for it.  “I know what you're thinking…'Where are the jobs?'  I told you this would happen.  It was going to happen because of the mess I inherited 10 long years ago.  I'm only fixing it just now!”

Then there's Hillary who found, I believe, 22 separate people and things to blame for her election loss.  And from what I hear, in her new book “What [the Hell] Happened!” I hear there are at least 15 more!

Sadiq Khan reminds me of them.  In a tweet this week, he commented on a series of brutal knife attacks in London in the span of 24 hours.

What did he have to say about them?

Turn the page to read his very Obama-esque response to these attacks!