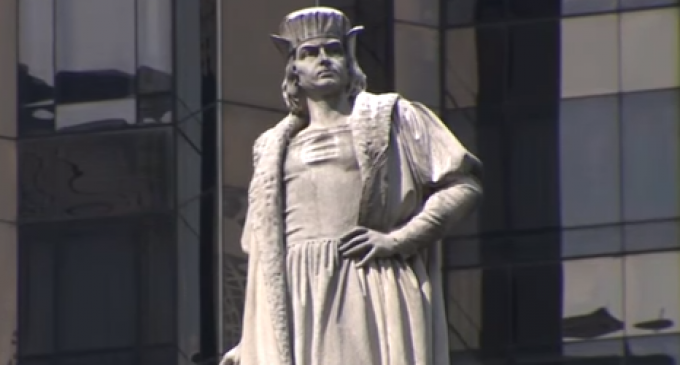 Why is the Left really trying so hard to tear down all the statues that might remind people of a less than perfect history? Beyond the obvious, that the 2 biggest liberal no-no R words, rapist and racist, are practically synonymous with the Democratic Party.

A massive rally was held in New York over the weekend calling for the removal of a statue of Christopher Columbus. A statue that has been in place since the 1800s.

The crowds are being egged on by liberal New York Mayor, Bill de Blasio who right on cue implemented a special task force to review and remove ‘symbols of hate’ throughout the city following the Democratic bought and paid false flag riots in Charlottesville.

Crowds flocked to Columbus Circle where the statute in question is displayed carrying signs reading “Columbus didn't discover America he invaded it” and “Columbus statues: A tribute to racism and genocide. But that isn’t even the half of it. Head on over to the next page to get to learn more and the inside scoop on what is really going on here. And here is a hint, it has something to do with the brilliance that is the one and only Steve Bannon.