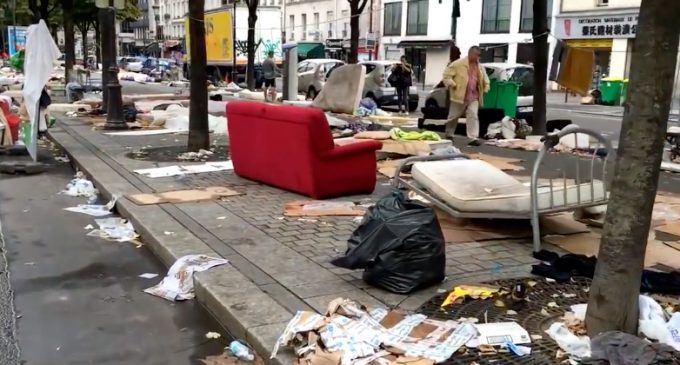 Paris is a beautiful city.  Rich with culture, it's a delight to visit.  Or at least it used to be, that is until uncontrolled immigration introduced violence that is turning the “city of light” into one dark with fear.  To make matters worse, unrepentant political-correctness exponents refuse to utter the words that are needed to even identify the problem.

We'll do it for them.  Paris is being ripped apart by violent Muslim migrants who, when not fighting among themselves, are committing vandalism, rape, and other crimes in the very country that has been willing to take them in.  As a result, Paris, and other areas of France as well as Europe, risk the destruction of their of their cultures and ways of life by migrants, many of whom are from Syria.

More on the dismal future that faces any Western nation that adopts a similar immigration policy on page two.