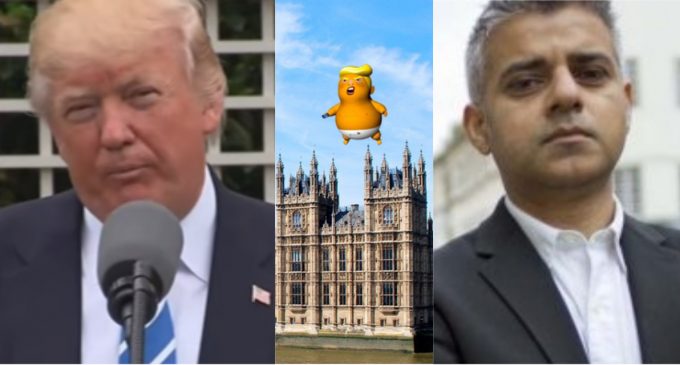 The mayor of London has given the green light for a 200-foot balloon that depicts President Trump as an orange baby to fly over London during the President's visit on July 13th.

London's first Muslim mayor has been very vocal in his criticism of President Trump and has even gone so far at the issue warnings. When Trump was the presumptive GOP presidential nominee he caused a firestorm he announced his position on Muslims entering the United States. Khan responded by calling Trump ‘ignorant' and told him that he should moderate his stance on Muslims, or they will launch more attacks against America. Trump responded by saying he would ‘make an exception' for the mayor.

Khan, who has seen crime skyrocket under his leadership, also once declared that Trump was not welcome in London, that a visit from our President would be against the “interests and security of Londoners.”

In his latest affront to Trump, Khan has approved of a giant ‘Trump baby' blimp to fly over London during a presidential visit. Move to the next page for details.