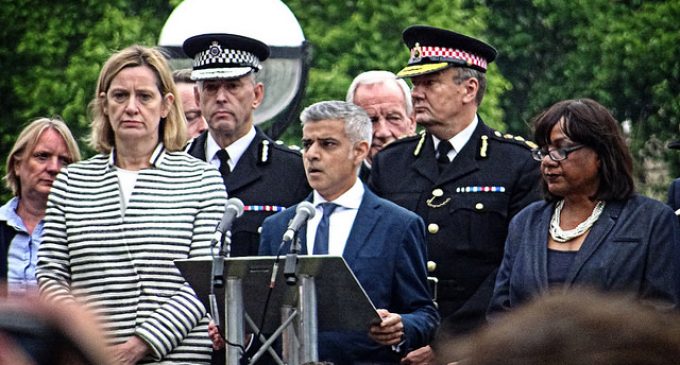 Leftists have few arguments left against the tsunami of change that is President Donald John Trump.

Be it so-perceived “anti-Muslim rhetoric” or being branded a liar for calling out the Fake News Industrial Complex on their lies, President Trump is redefining millions of Americans approach to the corrupt ways of the ruling Establishment. Just ask London Mayor Sadiq Khan on why he hates the thought of President Trump visiting London so much.

To hear him tell the tale, he is outraged and appalled the President would retweet a video suggesting radical Muslims engage in volatile behaviors.

Surely that is a fact all know to be true with just a simple Google search of the term “radical Islamic terror”?

But according to London’s first Muslim mayor, this signifies something far deeper. But, then again, perhaps he is scared that his goose has been cooked, and about to be served on a gold platter to the President.

Head on over to the next page to learn what London Mayor Sadiq Khan claims he will do if President Trump tries to visit.