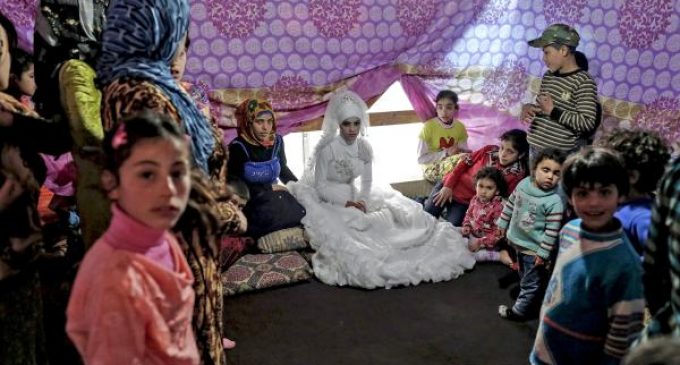 With America’s presidential elections rapidly approaching, news of the refugee crisis in Western Europe has been somewhat quiet in the American media. Despite the silence, the problem hasn’t gone away. In fact, it’s been growing worse. We’re well aware of the millions of people who have crossed the borders from places like Syria and Afghanistan, claiming to be fleeing from ISIS, but overpopulation, violence and sexual assault aren’t the only problems being brought in with these refugees, though, they’re defintely things that should be taken seriously.

New reports coming in are saying that over 1,400 minors, mostly girls, have arrived in Germany among the refugees already married. An official report is saying that a majority of them are coming from Syria, Afghanistan, and Iraq, and almost one in four are less than fourteen years old. To give you a little contrast to show why this is a problem, the usual minimum age for marriage in Germany is eighteen, and sometimes an exception can be made for sixteen year olds if their parents have given permission.

Now let’s talk about the media’s ideas of “acceptance.” This has become the biggest obstacle when it comes to discussions about the migrant crisis and what to do about it. The hypocritical media and those in government who support and even spread false reports want people to accept this culture into their own and help them assimilate. One professor in Germany went so far as to say that German citizens should take assimilation classes into Islamic Culture.

But how can you support a culture that promotes the marrying of minors to abusive men.