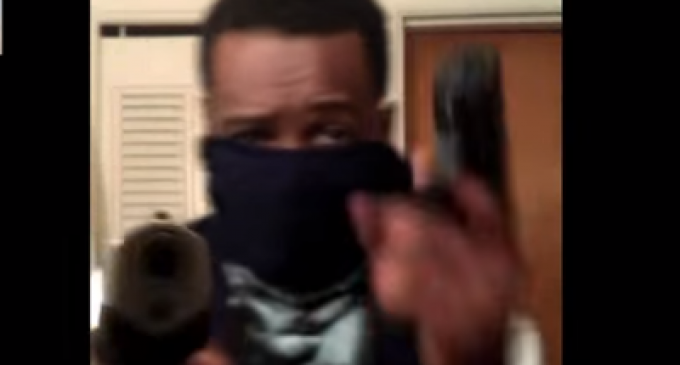 A YouTube user has put on a “mask” (looks like his mom's scarf) and threatened death threats to Donald Trump, his children and his wife, Melania Trump.

This is not the first time Donald Trump has been threatened.

Truth and Action previously reported about Ted Cruz making a jest about running The Donald down with his car.

Rapper Rick Ross, who stole his name from an actual gangster named Rick Ross (and was later sued), called for Trump's assassination. No word on why the big bad gansta' community is afraid to do this themselves…

With no irony intended, a Vice editor “joked” saying that a Trump assassination would save America from Fascism. How well does it go for all those people being targeted by the IRS? Guess Vice missed all those Lois Lerner stories.

A New York Magazine writer sent out a Tweet, offering a bounty for Trump “dead or alive.”

If President Obama was threatened by pop stars, a rival candidate or established publishing outlets, the wailing would have been unbearable.

Trump however, represents the end of the political & media establishments and they hate it. They think they will ride this out. The American People should show them that won't happen.