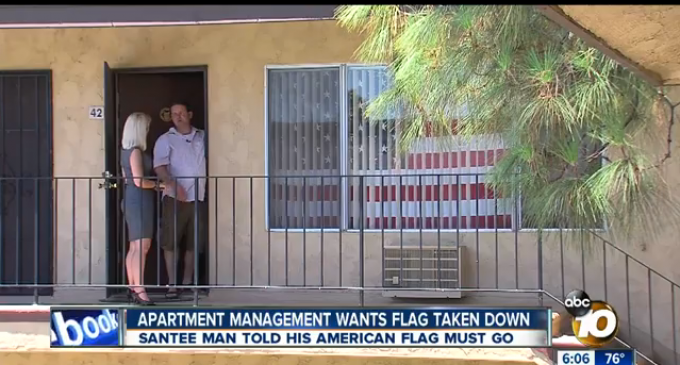 Steve Roberts from Santee, CA has been told by apartment managers that he can't fly his American flag inside his apartment and refuses to renew his lease until he takes it down.

Even though flying the flag abides by the rules set forth in his lease and even though he even obtained permission beforehand, it seems that when new management took over their district office demanded the flag be removed.