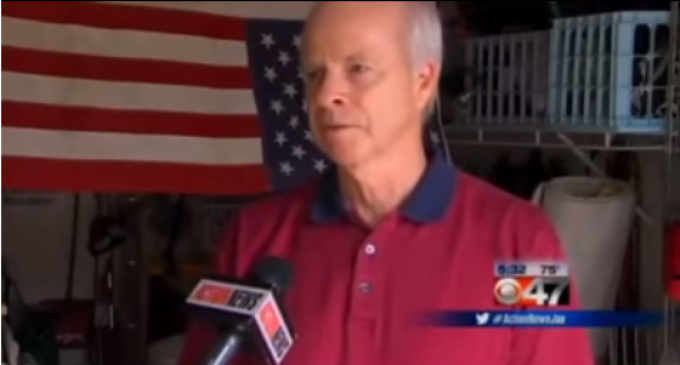 Veteran Larry Murphfree from Jacksonville, FL was fined $8000 and had a foreclosure lien placed on his home for putting a small American flag in his flowerpot – even though he had a legal right to do so. If he doesn't pay within 30 days he might lose his home.

“I want it to go away. It's such a minor little thing and they keep coming after me,” he explained.

“They” is Murphree's homeowner's association. He's lived in the Sweetwater community for years, and been at odds with the HOA for more than two. All over a flag. The veteran decided to put one in his flower pot, and has been fined as a result.“They just sent me a letter that says I owe them around $8,000 and they put a foreclosure lien on my house,” he continued.Action News wanted to know how that's possible, so we took our questions to legal and safety expert Dale Carson.“There’s an actual Florida statute that says he can display this flag,” Carson said.Federal law from 2005 also backs that up. We reached out to the law office that reprsents the HOA and got attorney Michelle Haines. She tells me if payment is not made within 30 days, the law office can move forward with foreclosure on Murphree's home. – See more at: http://www.actionnewsjax.com/news/news/local/veteran-may-lose-home-over-flag-fight/ngRCt/#sthash.OTe76VXL.dpuf