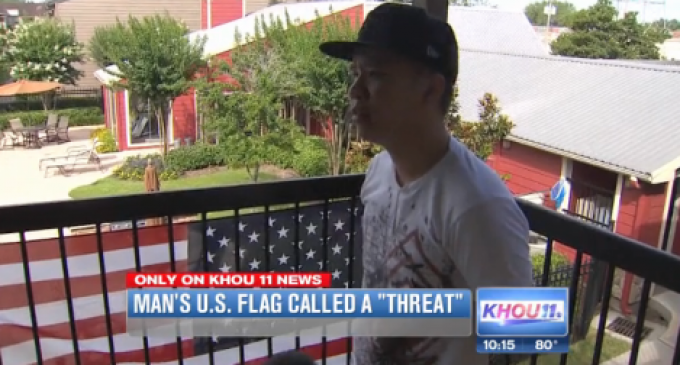 Duy Tran from Webster, TX is fighting his apartment complex to keep his American Flag displayed on his balcony after the apartment manager told him to take it down as it was a ‘threat to the Muslim community', Tran states.