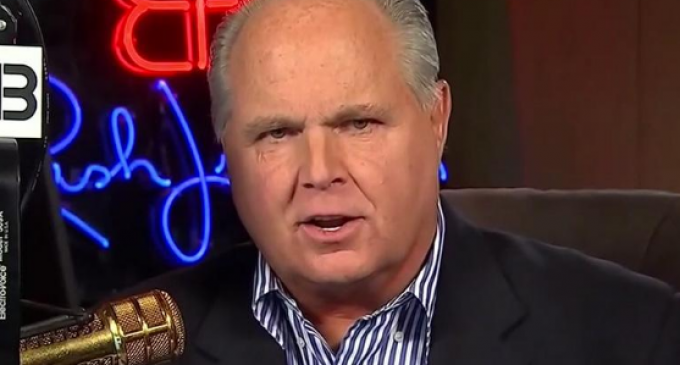 There is widespread complaining about the media. And as Rush Limbaugh points out, there is always one guy in the group going well what is being done about it? The answer to that question can single-handily be answered by President Trump.

CNN is in disarray. There is no denying that fact by anybody. You know it’s bad when MSM collectively starts running away as fast as they can to distance themselves from their former frenemy. MSM is all in cohorts. They’re all using the same formula for turning out fake news and Russian conspiracy theories like clockwork. If one of them falls, it stands to have a domino effect on ALL MSM. Even the Washington Post came out today attacking CNN with all of the ferocity usually reserved for President Trump with a hypocritically titled article called “Hey, CNN, what happened to those all-important standards?”

There is a reason President Trump gets attacked so aggressively for using Twitter to call out the fake news. He is exposing the global elite media, corporations, and politicians. The global elite and these fake news organizations like CNN seek to install cognitive dissonance in the masses.

That is why all these liberal social justice warriors are out on the streets fighting Patriots with knives like Antifa members and campaigning to get milk recognized as the symbol of white supremacy in America under the leadership of President Trump. This is lunacy unfolding right now before us and it’s a deliberate tactic of the global elite that has been fueled by bullshit news organizations like CNN.

And where is the good news? Where is the absolute proof that CNN and the rest of MSM is about to experience an unrecoverable backlash, according to Rush Limbaugh, all on the next page