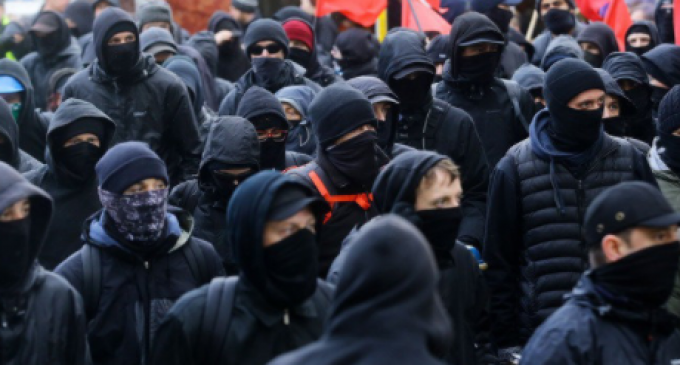 You know all those liberals wearing the little “I’m a safe infantile liberal” diaper pins while creating safe places? Well, the Democrat party is structurally diverse – as in they divide the ranks into naïve protesters and naïve violent fighter groups. In other words, these diaper pin wearing adults have some political cousins statistically more likely to kill a baby.

These are the kids bashing people’s skulls in with skateboards, attacking anyone who supports conservatism or disagrees with the Liberal agenda. And it gets worse. Again, Antifa isn’t just another street gang. They’re a group of radical aggressive youth as drunk of the myth of socialism as ISIS members with Islam and getting those 72 virgins or grape leaves.

This is no laughing matter like the liberals creating safe places and proudly wearing genitalia on their heads in the form of big ole stretched out pink hats. They have totally abandoned reality. This is the level of disconnect from reality where patriots need to start grabbing their guns. New Jersey is the first state so far to officially respond to the highest level of domestic terror being protected and encouraged by higher-up ranking Democrat party members. Find out more about this new group hell-bent on destroying conservatives through any means possible on the next page.