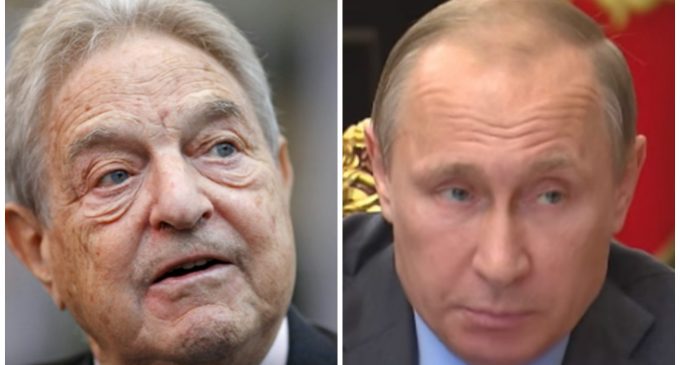 Some might term George Soros' agenda as neo-liberal, or globalist, but whatever term is used to describe it, the purpose is to destabilize nation-states and merge them under supra-national control. He's had a good measure of success, unfortunately. Ukraine would be a good example where he teamed up with the hapless Barack Obama and others to overthrow the legitimately elected government and replace it with a regime that is hostile to Russia and friendly to globalist interests. He has also made progress, sadly, in Europe.

Documents such as the US Constitution are particular targets of Mr. Soros as, when properly understood and implemented, they provide a bulwark of liberty that defends against the machinations of this man. Obama was no friend of our Constitution, and neither was Hillary, hence they received enormous support from Soros organizations, which made some progress in corrupting our justice system. The election of Donald Trump is a major setback for Mr. Soros — and that's reason enough to celebrate Trump's victory.

Russia is another problem for Soros. While we are not necessarily apologists for Mr. Putin, the fact remains that his administration presents additional problems for Soros as he attempts to fulfill his agenda before he shuffles off this mortal coil. More on page two.