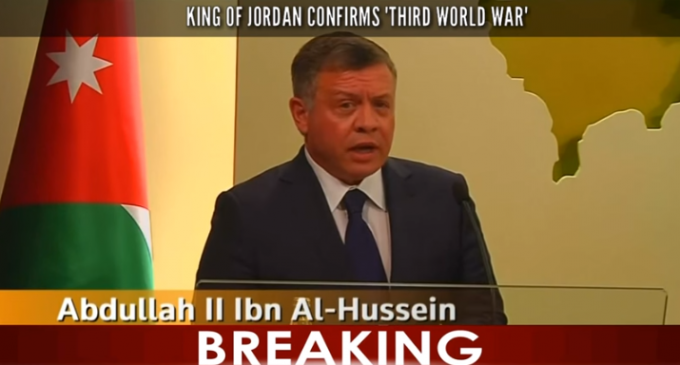 King Abdullah of Jordan has been one of the most vocal opponents of ISIS in recent years and he once again issued a shocking alarm to the world by stating point blank that we now face a horrific “third world war against humanity” due to ISIS.

Judging from the coordination of the Paris attacks on Friday the 13th, and the recent “kill list” map of their intended targets in the United States we, know that ISIS is far from having been “contained” as President Obama infamously said on the very day of the attacks.

Iraq intelligence warned the United States, Iran and France of pending attacks prior to the attacks in Paris – it fell on deaf ears. Is anyone in the western world listening to King Abdullah about WW3, or is it already to late?

Watch King Abdullah speak on the next page: