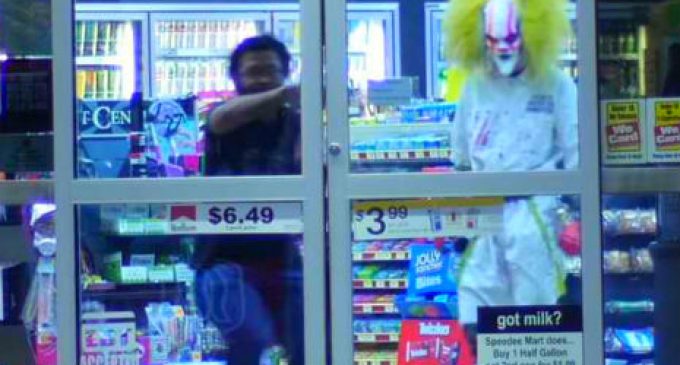 If you've been paying attention to the news recently, you might have noticed reports of clowns lurking in various places across the country, trying to lure people out of their apartment complexes and into the woods. At first, it was rumored that these clowns were nothing more than a shameful marketing campaign for a new Rob Zombie film, but as these clown sightings spread and become more numerous, it's looking like less of a marketing campaign and more like every child's nightmares coming to life.

Find out more about these frightening reports, and the DA that is now threatening a hefty jail sentence on those who ‘impersonate a clown' on the next page.