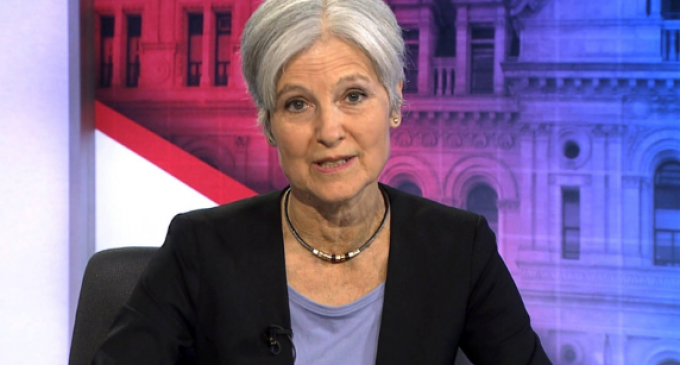 Donald Trump's inauguration is less than a month away, and still Jill Stein and her followers can't seem to come to terms with the fact that Trump was victorious. According to her, the machines have been tampered with, especially in low income black communities. And with one recount already in motion and the numbers not looking good for Jill Stein's conspiracy theory, one can't help but to ask what her motivation is. After all, whipping a dead horse isn't going to make it stand again.

One of Stein's recounts already showed that Trump had a lot more votes than originally counted in that district. Stein actually pocketed some of the millions she raised for these recount efforts. Her motivation has suddenly become painstakingly clear. Like all liberal causes, there's a great deal of money to be made off the fear of Americans. Because, clearly, even a blind man can see that Trump is going to be president no matter what.

Now, seemingly desperate, Stein is urging the Department of Justice to launch an investigation into America's voting system.