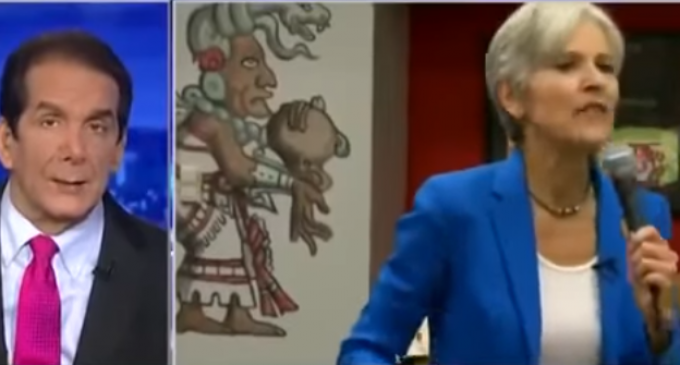 Liberals are so distraught over the results of the election that they're allowing themselves to be duped into wasting money on ill-fated ventures.

When you consider their ideology, this is hardly a reason for raised eyebrows: Democrats are all for throwing treasure and time at causes that are doomed to failure, like welfare and foreign aid. As one might have expected, they've carried this mindset over to electoral politics, with equally abysmal results.

Despite having billions upon billions of dollars at her disposal as well as the loyal support of the political and financial elite, Hillary Clinton was unable to defeat a rival who by comparison ran on his campaign on the cheap and relied primarily on small donations. But instead of learning from this catastrophic miscalculation, progressives are doing their best to embody the definition of insanity and repeating the same thing over and over in the hope that it will lead to a different result.

After hammering Clinton during the election, Green Party candidate Jill Stein shockingly came out in favor of a recount effort supposedly to account for people being “denied” the opportunity to vote and any other number of alleged discrepancies. When the effort resulted in Trump actually receiving even more votes than he previously had, Stein suddenly ceased the recounts and left people who donated to the cause hanging, keeping their money and using at least $1 million for “administrative” costs:

Green Party presidential candidate Jill Stein raised $7.3 million for her failed recount efforts and spent almost $1 million of it on her own office expenses.

Stein, who promised that “every dollar” raised would be allocated for recount expenses, has technically kept that pledge so far — though she was unable to keep her commitment to conduct recounts in three states. Though she managed to complete a recount of ballots in Wisconsin — where President-elect Donald Trump added another 131 votes to his tally — her efforts in Pennsylvania and Michigan were blocked by court decisions.

“Fox News host Tucker Carlson was attempting to establish clarity on that issue when he conducted an interview with Stein’s campaign manager, David Cobb, on the Nov. 30 installment of “Tucker Carlson Tonight.” When asked if the “ton of money” raised would only go to recount efforts, Cobb cryptically referred to the remaining cash going to “election integrity efforts.”

In addition to raising money, Stein also raised her media profile while the recounts proved to be newsworthy. A study released by the Media Research Center found that Stein reaped 12 times more coverage while leading the recount initiative than she received during her entire presidential bid.”