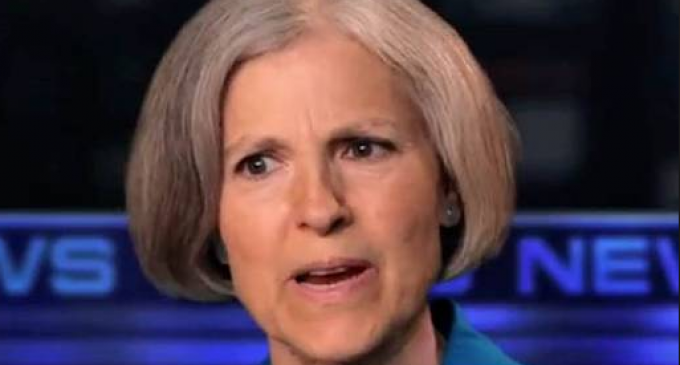 Doesn't it just make you feel good when some pompous liberal stirs things up only to find that the whole nasty project just blows up in his or her face?  It doesn't happen as often as it should, so when we see an example, we need to take note and relish the event.

The latest instance of a leftist plan run aground has been graciously provided by Dr. Jill Stein, the non-contender for the presidency who was the Green Party's candidate.  You'll recall, this is the lady who was just so concerned about the integrity of the vote in Wisconsin, Michigan, and Pennsylvania that she generously spent several million dollars of contributors' money to fund pointless recount efforts that didn't even get the support of officials within the DNC.

More entertainment is in store for you on page two.