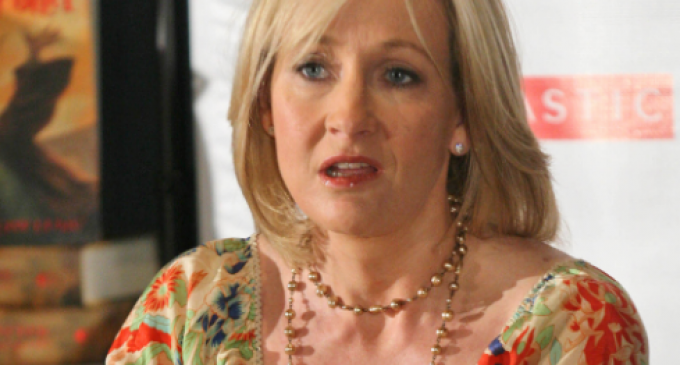 Belligerent leftist J.K. Rowling is far more than just the author of a beloved children’s series. She also uses her massive influencing platform to encourage children that God is a liberal. Which is odd considering history proves God has been around far longer than the current debauched version of the liberal New World Order agenda. But, according to J.K. Rowling, she knows more than everybody else when it comes to understanding God.

While Pope Francis might agree with J.K. Rowling that the traditional understanding of God is outdated. Many people who’ve actually read the Bible find her recent statements to be a bit perplexing.

British J.K. Rowling made her highly controversial statements in response to the 2017 Alabama special election to replace Attorney General Jeff Sessions Senate seat. As despite being a Brit, J.K. Rowling seems to think it is her job to tell people in the U.S. about God.

Head on over to the next page to hear her full remarks on the new liberal version of God.