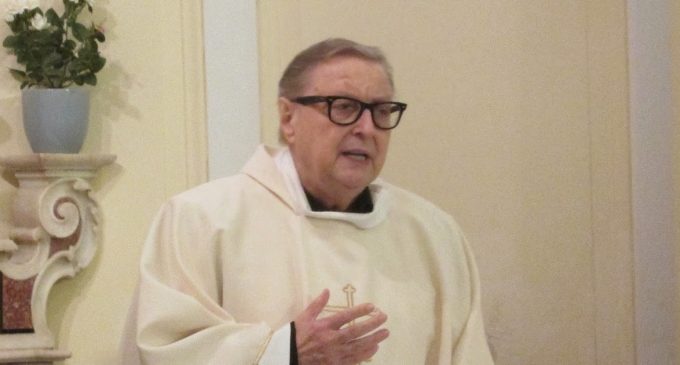 Monsignor Raffaele Nogaro, bishop emeritus of Caserta, a city in southern Italy, says he is ready to “turn all the churches into mosques if it were useful to the cause and if it allowed us to save the lives of men and women.”

Long gone are the days where the Catholic church served as the primary bulwark against jihad in Europe. Now, Pope Francis and many bishops are leading the charge to bring in as many migrants as possible in Europe.

The Pope obviously has an agenda to create a one world religion and bringing in migrants serves that agenda. He once stated:

“Most of the planet’s inhabitants declare themselves believers,” he states in the production released on the Feast of Epiphany. “This should lead to dialogue among religions. We should not stop praying for it and collaborating with those who think differently.”

This attempt to create the agreement that everyone believing in a God means that all are praying to the same god was met with considerable backlash:

But not everyone is supportive of the Vatican’s call for unity and common ground. Mike Gendron of Proclaiming the Gospel Ministries of Plano, Texas told Christian News Network that the pontiff’s assertions that all mankind is “seeking or meeting God in different ways,” and that all are children of the same God, are flawed.

“Tragically, those who do not know the Bible or who refuse to submit to it as the supreme authority for truth, will be deceived by the pope’s latest pronouncement,” he stated. “The pope’s assertion that all mankind meets with/seeks after the same God, just in different ways, is false according to the word of God. No one seeks for (the true) God (Rom. 3:11), but there are many who seek after false gods of their own imagination or false gods of their religious traditions. The only way to meet with the true God is His way, through the one mediator between God and man, the man Christ Jesus (1 Tim. 2:5).”

Pope Francis has not only demanded that countries open their borders to migrants and then change their culture upon doing so, he has gone so far as to threaten to tax Catholic properties that attempt to rent properties instead of giving free room and board to migrants.

Many bishops are not only acquiescing to the Pope’s agenda, they are openly changing the church itself. Turn the page for details: