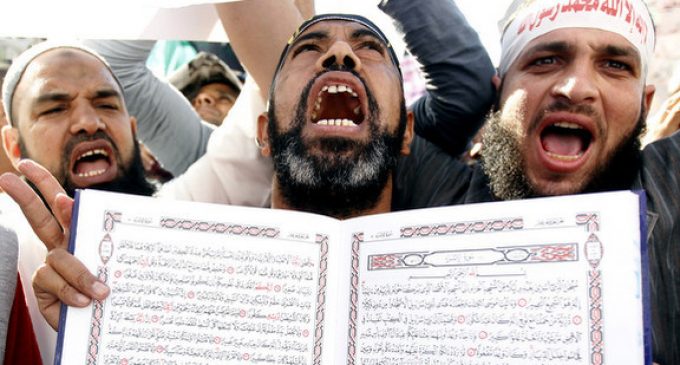 There are members of our congress connected to the Muslim Brotherhood. And this is not as uncommon as you might think. Take Keith Ellison (D – MN) for example.

He shared last week that it is Islamophobic and unfair for the U.S. to put extra scrutiny on Muslims and value 1 religion (Christianity) over another.

Now the U.S. constitution establishes this country as being both clearly Christian. But in the spirit of Jesus, welcoming to all.

The religion Ellison was talking about earlier is the living embodiment of the atheists of Jesus in the 21st century.

Over 30,000 Jihadists have committed attacks in the name of Allah since September 11th, 2011. Whereas Jesus instructed his disciples to further the kingdom of heaven by telling others of the gospel and helping the poor.

Let’s play a little game called how in the heck have RINOS and Jackasses not gone extinct yet.

It's basically Russian roulette. Which isn’t surprising considering the left’s fascination with the country. Former Assistant FBI Director, James Kallstrom, wasn’t joking when he said the Muslim Brotherhood had already infiltrated the FBI and the entire U.S. government.

You see 217 house rats, I can’t as much as call them representatives, voted to make it illegal to study how Islam influences radical religious extremism and terrorism. More on this failed bill, who voted against and how this will impact national security agencies and free speech, all on the next page