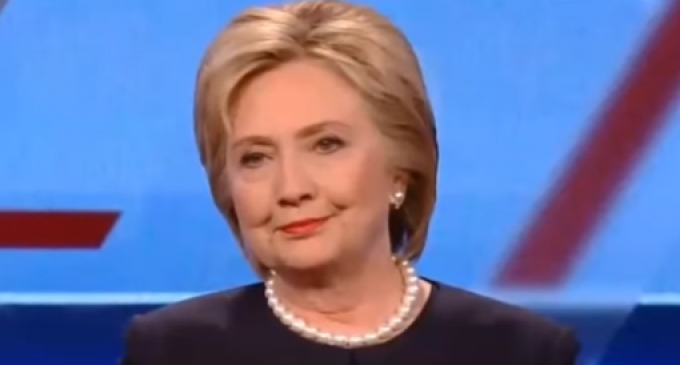 Smug, arrogant and overconfident, Hillary Clinton looked at Jorge Ramos as he asked her about the advancing investigation into her unlawful server and her persistent tale of what she claims were non-classified emails.

Of the 5,500 pages of emails, most were “elevated to ‘confidential level’, but two in this most recent group of emails were raised to “‘Secret’ level, a more sensitive classification” concerning national security issues.

In classic Clinton fashion, Hillary denied that any emails were classified.  She argued that none of them actually said, “classified”, which only made her look like a fool and a liar.  She kept stressing time and again that she did not “send any classified information and that no messages she sent or received were marked classified at the time”, reports Truth and Action.

“Secretary Clinton, I want to disclose once again that my daughter Paula works for your campaign. And now I have a question about your emails. Your Republican opponents say that those emails have endangered our national security. When you were secretary of state, you wrote 104 emails in your private server that the government now says contain classified information according to The Washington Post analysis.

That goes against a memo that you personally sent to your employees in 2011 directing all of them to use official email, precisely because of security concerns. So it seems that you issued one set of rules for yourself and a different set of rules for the rest of the State Department.

So who specifically gave you permission to operate your email system as you did? Was it President Barack Obama? And would you drop out of the race if you get indicted?

Check out Hillary's brash response on the next page.