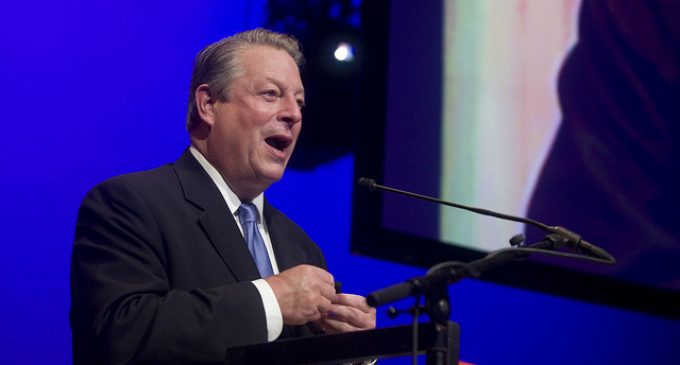 A good metaphor for Al Gore might be Punxsutawney Phil, the groundhog who makes the news once a year. For the most part, Al has stayed out of the media spotlight since he left office. Instead, he must be choosing either to chum around with his fellow global climate-change enthusiasts or to show up at the occasional environmentalist symposium to spread doom and offer his blessing. Whatever the case, we don't see or hear a lot about him anymore.

And this is terrific. As difficult as it is to find something positive to say about a liberal like Al, at least he did not go berserk after his 2000 loss, chasing around the globe on a maniacal foot-stomping tirade like Hillary has. And no doubt Al was as disappointed with his loss to Bush as Hillary was with her loss to Trump.

Every once in a while Al comes down from his ivory tower or out of his cave and pronounces environmental doom. He's at it again with some really imaginative and colorful metaphors. He wants to be taken seriously, something we find it very difficult to do. See what you think after checking out page two.